Update: Others, like Jeff Hollan, have been able to get am Azure Function working with Python. He did have to change something in the requirements.txt as well, same as I mentioned here. Have a look at this GitHub issue. I’ll give it another shot myself soon. Update: Read about my second attempt here

Finally, I went to the Azure Functions Python Worker GitHub page and read something a little more inspiring: Python 3.6, Linux and the 2.x runtime :-) I decided to give it a try on my Windows 10 machine with Visual Studio Code. Here is what I did and what my experience and result was like.

Azure Functions in Python support in Visual Studio Code is still very basic. Building, testing, debugging and publishing is still done with the CLI. Support for a truely serverless deployment via the Consumption Plan isn’t there as well yet, for now you’re stuck with an App Service Plan. Last, not all bindings that are available for C# are available for Python yet, so no cool Service Bus integration at this moment. All these issues are being worked on though!

What you would find if you would read this to the end, is that I ended up with a terrible exception when running from Azure. Everything works on my machine, but this definately isn’t production ready yet. Hence the preview status I guess ;)

Setting up your IDE

Download and install Visual Studio Code. Make sure to install these extensions. You can find them on the marketplace:

You probably want some of these too if you plan to do more with VSCode:

Setting up your development environment

Read this tutorial. It has some issues and differs from what we’re trying to do, so just read through the tutorial, read up on anything you’re not familiar with and then follow the steps listed below.

Adding a function to your app:

Fixing your missing modules - the original: 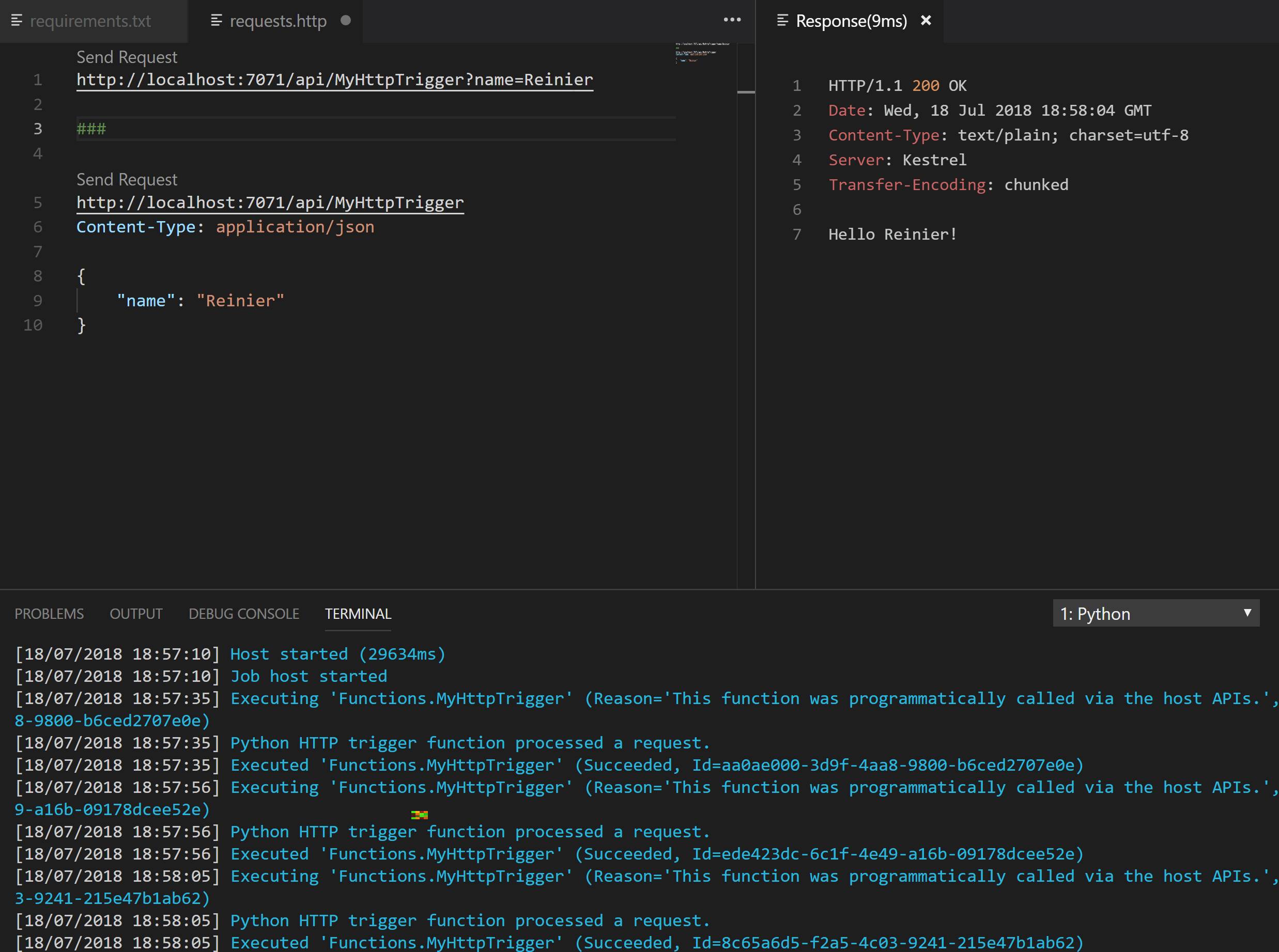 Now probably everything up until here was sort of smooth, so brace yourself for the next part ;)

What next if you do manage to get something working

Well, the next thing on your list should probably be building a proper CI/CD pipeline for this. And bonus, you’ll probably spend less time waiting too. You’re on your own for that, but you can always reach out to me if you need any help!

The exception (nothing below this, don’t bother scrolling ;))